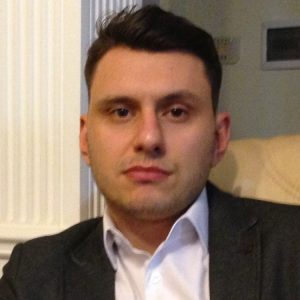 Marin has been with Terwel Consuling since November 2013, with a focus on Eastern Europe namely Moldova. Since April 2014, Marin has moved to Moldova which is one of Terwel’s focus countries. On his job Marin demonstrated absolutely disciplined work habits which always resulted in productive and creative thinking as well as well-organized and persuasive argumentation. When bridging the gap between Dutch and Moldovan companies he combines thorough knowledge of his mother country and flexibility to connect to international companies. Marin has played a key role in successful collaborations between Moldovan and Dutch companies.

“Never continue in a job you don’t enjoy. If you’re happy in what you’re doing, you’ll like yourself, you’ll have inner peace. And if you have that…you will have had more success than you could possibly have imagined.”–Johnny Carson